The township of Tansen is among a few towns outside the capital which bears a rich legacy of the traditional art and architecture. Perched on the lap of the spectacular Srinagar Danda (hill) Tansen, commands a gorgeous panorama of the Himalayas as well as the plains of Terai. Located at an elevation of 1310 meters Tansen is a pleasant place to visit during any season of the year. The hill of Srinagar, half an hour’s walk up Tansen Bazaar at an elevation of 1524 m. is rare vantage point to view the contrasting manifestation of nature. An Incredibly Long panorama of the mountains encompassing Kanjiroba, Dhaulagiri, Annapurna and Langtang Himal at a stretch is visible from here on one hand, while on the other the plains of Madi valley and the bigger terai also comes to distinct view from the same point. Tansen is a good put off point for short as well as long treks. You can visit some of the beautiful points on the Kali Gandaki river such as Ranighat Palace and Ramdi Ghat the dense and serene woody slopes of Rambhapani and Satyawati lake.For longer treks you can choose any area in Annapurna-Dhaulagiri region such as Dhorpatan, Jomsom, Ghorepani or Annapurna Sanctuary. Tansen also provides opportunity for study of Buddhist culture and the life and culture of Magar tribes.
Tansen and its Environs
Tansen, situated at an altitude of 1,371 meters above the sea level on the lap of picturesque Shreenagar hill, is one of the most popular summer resorts of western Nepal. On account of its unique geographical location, climate and the people, Tansen spells an aura of dreamy holiday. Although the administrative headquarters of Palpa district, Tansen is free of usual urban hectic life. In Tansen, tourists can make deTours at ease to see and admire the narrow zigzag streets, stream of colorful people passing by in local attires. Even in the heart of the town an unmistakable charm of simple rural life is easily felt. However, Tansen is another miniature Kathmandu One could see old Kathmandu style hangovers in the cobbled streets up and down. Typical newari houses, pagoda style temples, shrines and stupas are abound here. Also, Tansen is the starting point for many short treks for places of touristic interest in Palpa and in the surrounding districts of western Nepal.
By air:
The nearest airport of Tansen are Pokhara and Bhairahawa both of which are linked by regular air services of Royal Nepal Airlines and other private airlines.

Shreenagar Hill
One of the most picturesque spots in the whole Palpa region, Shreenagar hill abounds in scenic grander and magnificent natural surroundings. A mere 30 minutes climb on foot or 10 minutes drive from the town of Tansen, One would reach the top of the hill which commands a unique spectrum of natural extravaganza-from the snowcapped Himalayan peaks in the north to the lush green wide expanse of plains of Terai in the south, and of course, the panoramic view of the Tansen town. The impressive meadow on the hill top is an ideal spot to view the breathtaking scenes of majestic Dhaulagiri, annapurna and the famed twin peaks of Machhapuchare-the fishtail mountain. also, many beautiful short walks and excursions may be enjoyed from this point. To the comfort of the visitors, there are newly built facilities like cottages and camping sites on the top of the hill. An added attraction is a recently built ‘Twa-dewa’, a huge Newari style bronze lamp stand.

Amar Narayan Temple
Built in 1807 AD by Amar Singh Thapa, the temple of Amar Narayan is considered an important landmark of Tansen. It is built in typical Nepali Pagoda style for its historical and architectural significance. The intricate works of wood carvings in the temple are simply marvelous. The temple is surrounded by one meter wide stone wall-locally known as the ‘Great wall of Palpa’. Inside the temple-complex there are the temple of Lord mahadev, ponds, parks, rest houses and a natural water spring. Every morning and evening devotees gather in the compound and chant ‘Bhajans’ ( holy recitals)

Tansen Durbar
Built in 1927 AD by Pratap Shamsher Jung Bahadur Rana, the durbar is a grand imposing palace in the heart of the town. Once the seat of the Rana governors, the Durbar is now the district secretariat of Palpa district.

Shitalpati(the Round House)
Built by Khadga Shamsher, the original Shitalpati is of octagonal shape. A round house around the Shitapati has been recently built. The historically important Shitalpati is a popular hang out for the locals now. The ‘Baggi Dhoka’, the biggest gate of its kind in Nepal is located in this square. The locals often rend to compare it with the architecture of Mugal Empire in India.

Bhagawati Temple
Built by Ujir Singh Thapa in 1814 AD to mark the victory over colonial British-India forces, the temple is a small structure but holds immense religions importance. Located near the Tansen Durbar, it is a pilgrimage of Palpalies. It is said that the original structure was remarkably bigger and beautiful. and it has undergone many physical adjustments, most recently after the great earthquake of 1934. In the month of august every year, a chariot procession of deities is taken out throughout the town with military honor to observe the historic battle.

Amargunj Ganesh
Before building the Amar Narayan temple in 1807 A.D. Amar Singh Thapa had built this temple. Architecturally, the temple bears the same style and character of Amar Narayan Temple. The temple has a big artistic ‘Rest House’ where a school has been run presently. 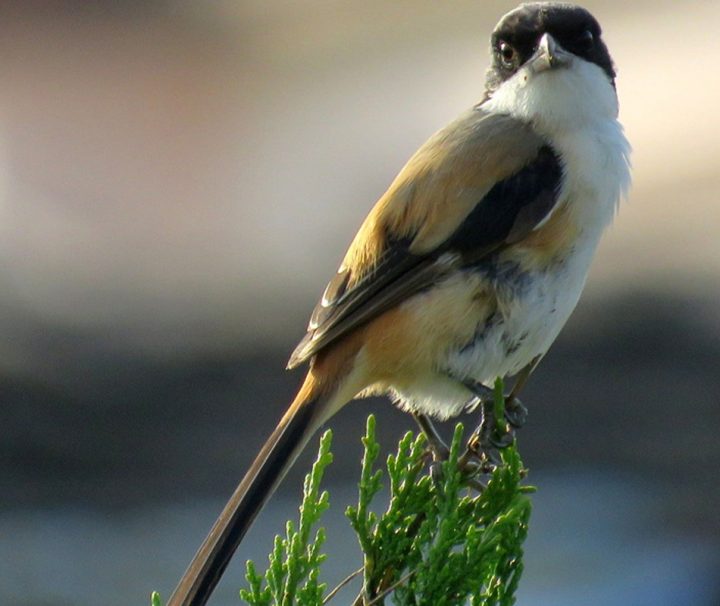 Birdwatching in Koshi Tappu and Chitwan National park, provide a chance to study of the live birds in their natural
$1,995
per person
view tour
10+
Nepal
Round The Year

Himalayan bird watching tour in the Himalayas of Nepal can really be the adventurous tours to see the varieties of
$2,315
per person
view tour
10+
Nepal
Round The Year

The wetlands in the valley, the banks of the Manohara river on the way to Bhaktapur, and the Bagmati river,
$1,050
per person
view tour
16 +
Nepal
Dec-Mar

Nature Trail provided a good service and experience to us during the entire trip (not just the trekking part).

When we arrived in Kathmandu (we take different flight, the arrival time for us is different but they could still manage it), a friendly, English speaking city guide who was waiting outside the airport, lead us to the nice hotel and explain the information for the trekking.

We plan to complete the trekking within 7 days, but due to luggage issue, we needed to spend extra day in the city. Although our schedule is tight, we suggested to walk more on the first few days and the trekking guide in Pokhara told us that he could manage it.

Then we started our trek!

The package we bought includes all meal and hotels (lodges) in the mountain and the porter and guide were welling to help us during the trek.

Finally we completed the trek within 6 days (Better to spend more time as 6 days is tough) !
The view at the Annapurna base camp is astonishing and it is worth seeing it.

Overall, the experience and service is excellent.