Nepal is a country of diversity in every aspect. It has got beautiful landscapes, beautiful and amazing cultures, multiple ethnic and religious groups, breathtaking trekking trails and incredibly hospitable people. One can observe the difference in culture, landscapes as well as language in the very short distance in this country. But there are certain things which one can only see or experience in Nepal. So, let’s know about the unique things only found in Nepal.

What are the Unique things only found in Nepal?

1. Only Country with Triangular Flag:

The very first thing which you will notice about Nepal that is different from the rest of the world is its flag. Unlike every other country flag, it’s not square shaped.

The flag of Nepal is triangular shaped with a combination of two pennons with Sun and Moon drawn on each of the pennons. The body of the flag is of crimson red color with a blue border and the sun and moon are of white color. 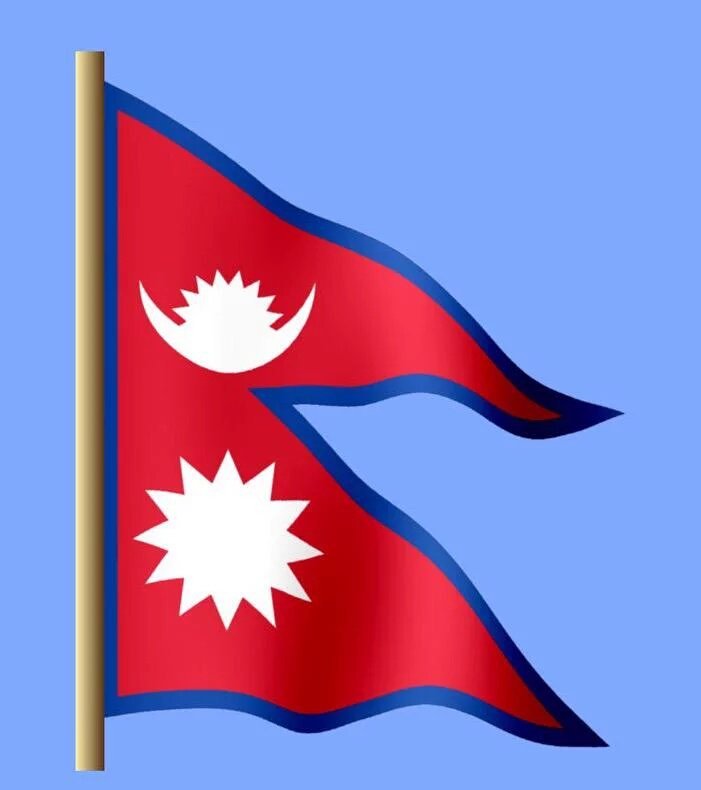 The crimson red represents the war victory and national flower “Rhododendron”. The blue color border means the peace. This unique flag is believed to be more than 2000 years old in the history of Nepal.

Nepali is the home to only living Goddess called “Kumari” in the world. It is believed that the goddess Taleju is embodied in a pre-pubescent girl called the Kumari, or living goddess by the Newari people of Kathmandu valley.

The selection of Kumari is done from the family with a priestly history by a group of people who are the caretaker of the Goddess. There is a list of list of physical and temperamental attributes a girl needs to be selected as Kumari. 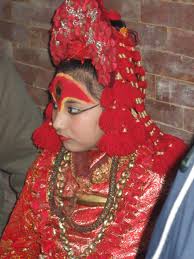 The age of the girl can be as low as 3 to 5 years old to be selected as Kumari. They are taken care of by a group of people who are associated with the religious society. People come to pray Kumari and receive blessings from her. The girl selected as Kumari stays as Goddess until she has her first period at the age of 12 to 14. 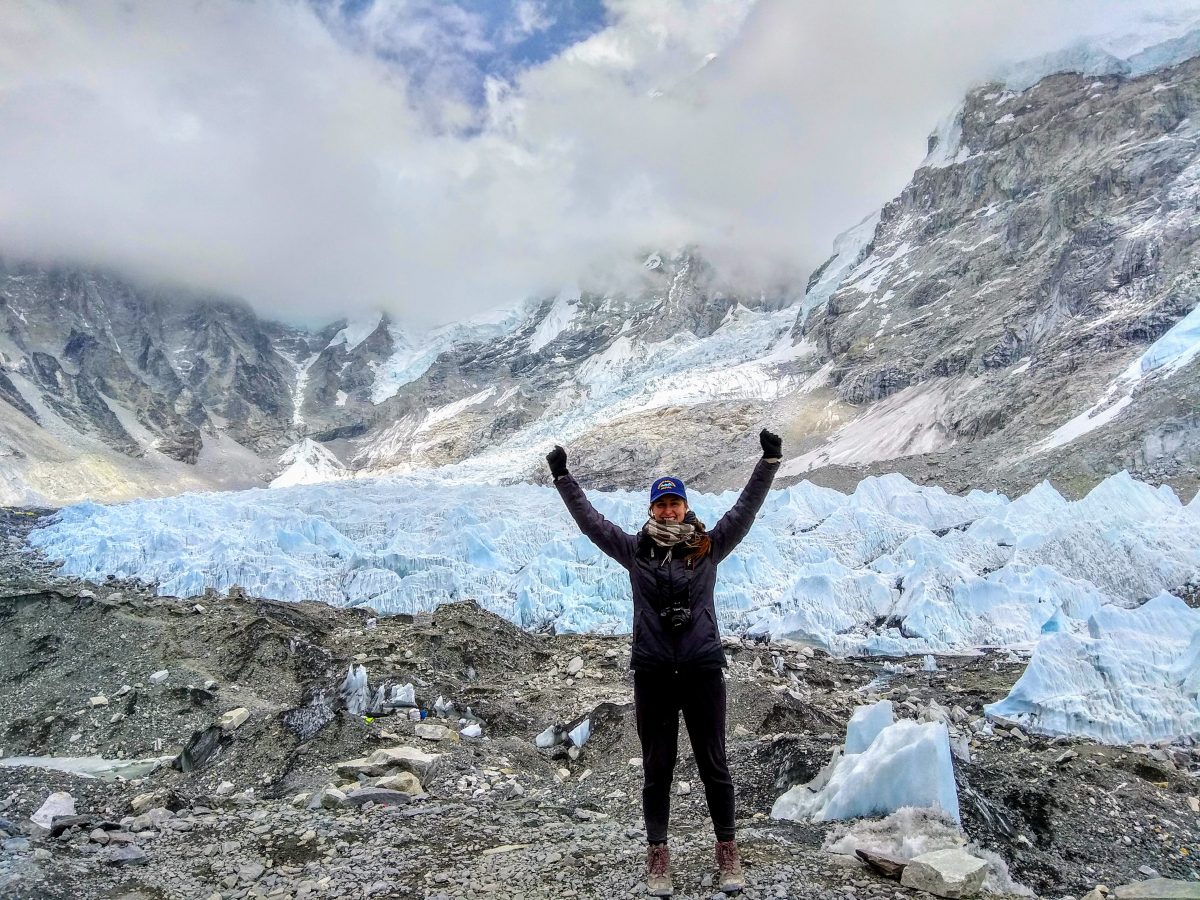 Mount Everest is alone enough to make the country unique in the entire world. Every year more than a million tourists enter Nepal and majority of them visits Everest Base Camp to enjoy the incredible and amazing view of the highest point of the Earth.

The variation of Nepal goes from as low as 70 meters to 8848 meters. The lowest point of Nepal is at 70 meters height from the sea level in the Jhapa district of Eastern Nepal and goes up to the height of 8848 meters which is the height of Mount Everest.

Nepal has some of the most extreme places in the entire world such as the highest valley on earth (Arun valley), the deepest gorges (1200 meter) in Kaligandaki, the highest lake on the earth (Tilicho 4800 meters),  and the tallest grassland in the world in Chitwan. The incredible variation in altitude at a very short distance also is unique things only found in Nepal.

5. Lukla, Most Dangerous Airports in the World

The most dangerous airport of the world, Lukla Airport is in Nepal serves as the entry airport to the visitors of Mt. Everest. The thing which makes this airport quite difficult and dangerous to land upon is how it is constructed in between mountains and the short length of the runway is breathtaking and really amazing. 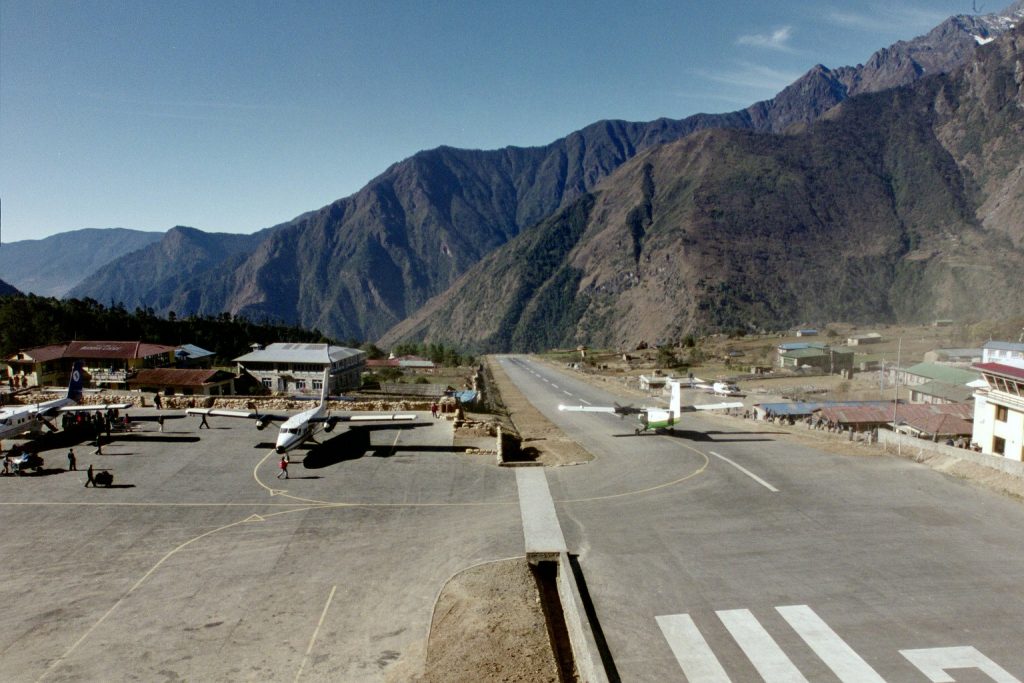 The entire terminal is very small in size. The airport has a single runway for the flights to come and go. It is one of the highest airports in the world with extreme climate. The weather changes cannot be predicted and most of the times flight gets canceled because of the bad weather of the region.

Also, Sir Edmund Hillary once led an expedition to find the Yeti in 1958. There has been a various witness that proves the existence of the Yeti in the mountainous region of Nepal. It has not yet been found but the proofs are enough to prove that Yeti exists in the Himalayan region of Nepal.

Yarsagumba is the most unique herb. It is also termed as caterpillar fungus, is the stuff that is found in the far western Himalayan region of Nepal. Also, it is called Biological gold because of its benefits and price.

It is a caterpillar fungus hybrid that forms when parasitic mushroom spores infect and mummify a moth larva living in the soil. Fungus later develops sprouts from the dead caterpillar of the host’s head. It sounds creepy but is true. 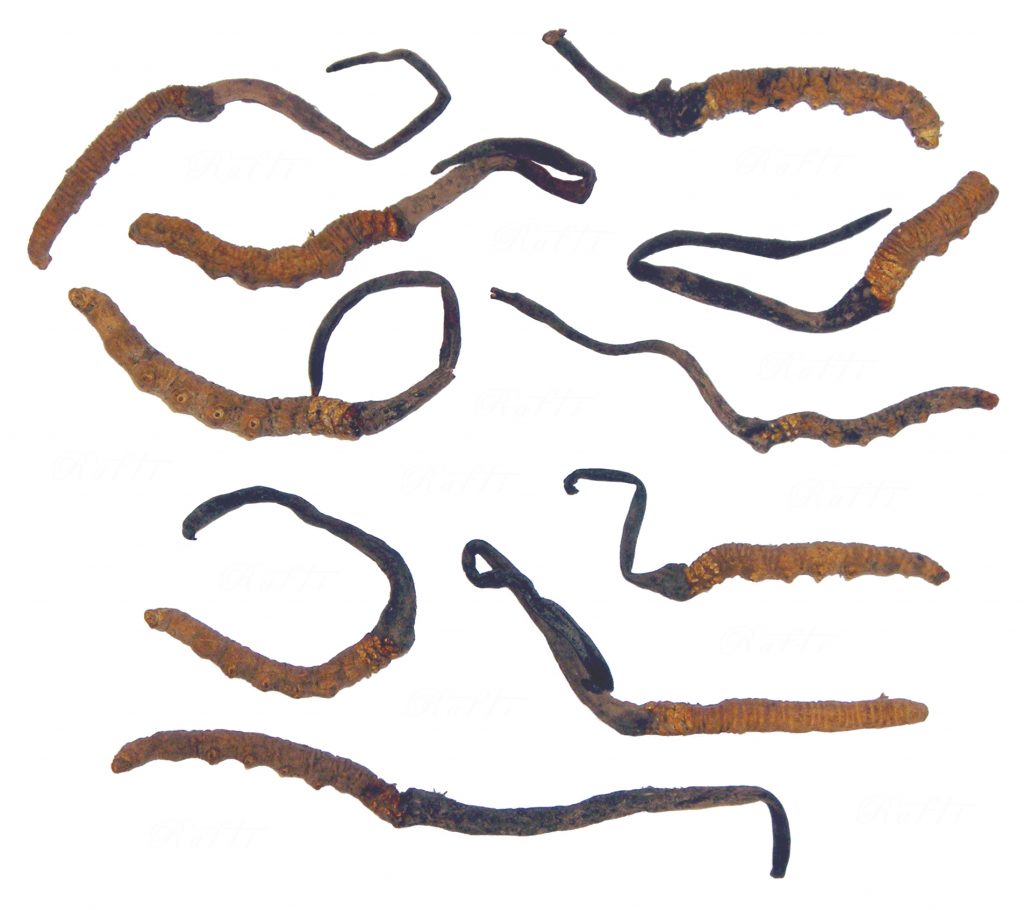 It has been used in traditional Chinese medicine for more than 2,000 years, which makes it cost quite high and is only found in some specific altitudes of the Himalayas at specific times of year (3,000-5,000 meters, in May and June) when the snow melts. Also, it is highly valuable and the local risks their life to get this herb to find it in the snowy season.

Spiny Babbler is the unique bird which is only found in Nepal. This bird is from the family of “Passerine Birds” a species of bird in the Timaliidae family.  The scientific name is “Turdoides nipalensis” and it is locally called as Kande Bhyakur in Nepali. It is a rare species of bird found only in Nepal at the Koshi Tappu Wildlife Reserve of Eastern Nepal.

The most wonderful fact about “Kande Bhyakur; Spiny Babbler” is that it was believed to be extinct for over centuries but later it suddenly came under everyone’s attention when “Sidney Dillon Ripley”, an American ornithologist came to know about its existence. Hence, it makes it to our list of unique things only found in Nepal.

The size of the population of this bird is yet unknown. They have a range restriction but it’s said that their population is stable till the apparent condition.

9. Eight of the ten highest peaks is in Nepal:

Nepal is the home to eight of the highest peak of the world among the top ten highest peaks. The country contains beautiful and amazing mountain ranges which are the reason it is termed as a Himalayan country.

The eight highest peaks of the world which are in Nepal are Mt. Everest, Mt. Makalu, Mt. Kanchenjunga, Mt. Choyou, Mt. Lhotse, Mt. Annapurna Mt. Manaslu, and Mt. Dhaulagiri. Every year more than hundred thousands of climbers come to Nepal to climb these mountains.

10. The Bodies of Mount Everest

Mount Everest is the place where one can witness a number of bodies that remain unburied, not retrieved and undisturbed. They are claimed by the highest mountain in the world. The bodies are of the unsuccessful adventurers and remain preserved in the lap of Mount Everest, warning others of the perils of Everest.

There are over 150 brave explorers who were overwhelmed by Everest lie in an above-ground icy tomb as an example, eerily preserved by the very conditions that condemned them. The mountain has claimed over 200, but numbers are questionable due to the fact that many bodies have never been located, and so few have been recovered even after being found. They remain frozen in time, a grim reminder to enthusiastic adventurers of the heavy cost often paid to reach the top of the world.

12. Saturday is the public holiday:

Last but not least, Nepalese has their public holiday on Saturday unlike the rest of the world where the public holiday is on Sunday (Except the Muslim countries having on Friday). Sunday is the first day of the week in Nepal. It is one of the most unique things only found in Nepal

One can witness every government and private offices, schools, colleges, and industries closed on Saturday. It is also something which sets Nepal different from the rest of the world.

These were the list of top 12 things only found in Nepal. If you know more of them, please let us know via the comment box below. We will be happy to share on our blog. If you are planning to visit Nepal and want to experience this beautiful country the most amazing way, please drop us a mail at info@allnepal.com.

Shankar Neupane
Reply
Point no. 11 Bikram Sambat is 57 years NOT 67 years ahead of AD