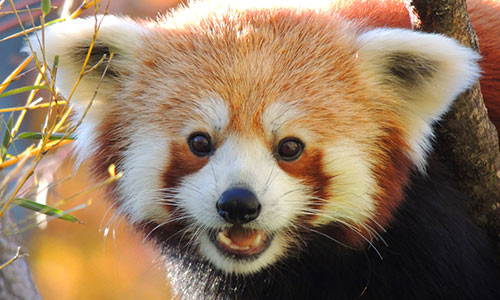 The Red Panda is one of the unique and endangered species animals of the world. It is very popular and famous animal because of its unique and attractive look. Many nations around the world have developed a dedicated zone for the living and proper shelter of the Red panda to protect it.

The Red Panda is a like a red cat-bear which the member of Himalayan Carnivora. The scientific name of Red Panda is Ailurus Fulgens and is also known as a lesser panda. An average adult red panda weighs around 4 kg to 6 kg with a body length of 93 cm to 100 cm. The body of the red panda consists of red and brown fur on its upper body part with black color for on the lower body part. It has a unique light face with tear markings and consists of cranio-dental features. The face of a red panda is similar to a raccoon but an individual one has distinctive markings.

They reside mainly resides in the modern-temperate jungles of the Himalayas at an altitude of 2200 meters to 4800 meters. They live in the atmospheric temperature of if 10 degrees centigrade to 25-degree centigrade. The major habitat area of the red panda is a broad-leaf mixed temperate forest with bamboo. Also, there have been various reports about it coming to down to the height from 1500 meters to 1500 meters. The habitat distribution range of this animal is disjunct rather than continuous.

The behavior of Red Panda:

Red Panda generally avoids the south-facing slopes and prefers the cooler climate for their habitat. The main food of this animal is high fibrous bamboo along with some other kind of plants which can be fruits, berries and various other types of seasonal plants and also mushrooms, acorns, roots, roots, lichens and grasses as its diet. Sometimes it also feeds on fish, eggs, rides, insects and small rodents too.

It is an amazing climber with retractile claws and can climb on large trees easily. The destruction of habitat and hunting has decreased the number of the red panda by 1000 in the entire world. There are around 1000 red pandas in Nepal which are living in the 36 mountain districts. Also, there are another 800-1000 in different zoos around the world. It is one of the most endangered species of the world. 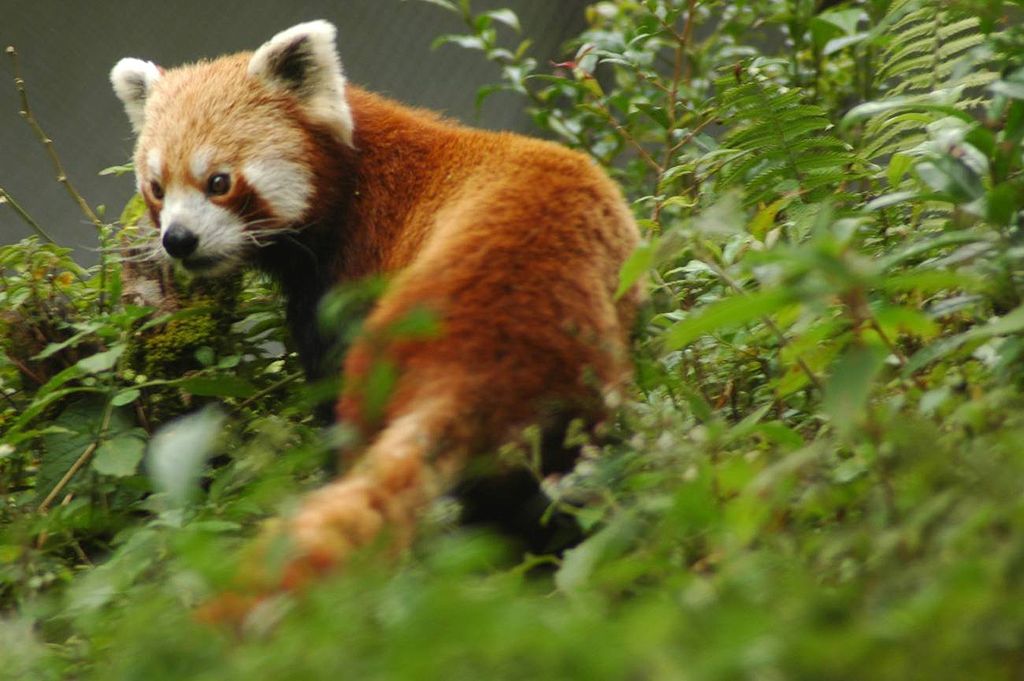 The red panda is listed under Appendix I of CITES, the Vulnerable Category in the IUCN Red List and categorized as a protected mammal by the National Park and Wildlife Conservation Act, 1973 of Nepal which prohibits its killing or capture dead or alive. Yet, last year alone 11 red panda hides were confiscated in Nepal.

Majority of the red pandas of Nepal are protected inside the national park. Also, there are some communities of red pandas in Eastern Nepal in the districts like Panchthar, Illam, and Taplejung where there are not any national park or wildlife reserves is home to one-fourth of pandas in Nepal. There are some non-profit organizations which are working to save the pandas of this region.

The Red Panda Community and Red Panda Network are the organizations which are working from 2007 to spread awareness among local people and actions to protect the various endangered species through their habitat management, sustainable livelihood and awareness building.

The local people trained as forest guardians are the acting ambassadors in their community who helps in protecting the red panda area and also helps in saving other endangered species. This community-based initiative is being spread in Nepal being guided by the government is successfully managing habitat, lodging and other things for endangered species.

Tracking down red pandas in the base area of hills in Nepal is one of the most amazing and exciting experiences in the middle of nature. It was quite a tough task to track down the pandas in the foothill of the Himalayas. But the idea of trying to to find one which is the most elusive, shy and the minimum understood mammals living on earth like an alien is an amazing experience. This experience has been very difficult for some people physically who went to track down the red pandas in the jungle because of the loss of their habitat.

The spotting of red pandas in the dense forest can never be guaranteed but the wildlife tour with beautiful and amazing scenarios can be a great adventure. The local people can help you track down one along with assisting you with what to look for and giving you the best experience of the jungle tour.

Red pandas have been documented in five different districts: Rasuwa, Myagdi, Baglung, Nuwakot, and Dhading. A total of 132 indirect signs and 3 direct sightings were recorded in those five districts. Direct sightings were limited to the Ghyangphedi Buffer Zone of LNP in Nuwakot district. Occupancy of red panda was previously documented in the first four districts, while a reported presence in Dhading district was for the first time. However, the present study did not record any signs in the previously confirmed Manang and Gorkha districts.

Nepal has been celebrating International Red Panda every year on 15 September. To allow for its breeding season, Langtang National Park observes restriction from mid-June till mid-August. Trekkers and locals are not allowed entry into the park during the period.

If you are planning a trip to Nepal, please let us know your queries and questions via direct email at info@allnepal.com. We are a 25 year experienced tours and travels based in Nepal.

Previous postWhat to expect from trekking in the off-season at Everest Base Camp?
Next postKathmandu to Chisopani Hiking